Bell peppers, sometimes referred to as sweet peppers, have long been known as a healthy and nutritious food for humans. They’re low in calories and packed with vitamins and minerals, making them a great food to incorporate into your diet. but what about our canine companions?

Can My Dog Eat Peppers?

Rest assured that peppers are not only healthy but just as nutritious in dogs as they are in humans. When it comes to other peppers, however, the safety is pretty much cut off with the bell variety. They are, by far, the variety of pepper that contains the least spice. Other peppers like jalapeños, Serranos, etc. can be incredibly spicy.

This variation in spice is due to the fact that all peppers, although they belong to the same genus as Capsicum, contain varying amounts of capsaicin. Capsaicin is an organic compound and an active component in chili peppers. It is irritating to all mammals and can produce a stinging sensation on any tissue it comes in contact with, including the skin, eyes, and lips.

The more capsaicin is in a single pepper, the more potent the irritant and the stronger the burning sensation. Bell peppers have a fairly insignificant level of capsaicin. As such, they are some of the blandest peppers of the genus Capsicum. This makes it the perfect pepper to feed your dog.

Other peppers containing higher concentrations of capsaicin are not as safe and can cause burns, mouth irritation and other side effects.

What Are The Health Benefits Of Peppers?

Peppers are rich in vitamin A, vitamin E, vitamin B6, vitamin C, vitamin K, carotenoids like lutein, capsanthin, beta-carotene, flavonoids like quercetin and luteolin, and other compounds like lutein potassium and folate.

Some studies have also found a link between beta-carotene and arthritis, which could be a potential application for the care of senior dogs. All of this in one pepper.

Which Bell Peppers Has The Most Benefit For Dogs?

Peppers are not only safe to feed with your vet’s permission, but they can also be of nutritional benefit to your dog. Anyone who has ever shopped at a grocery store will know that peppers come in different colors. So what color of pepper do you choose? Red peppers may contain the highest concentrations of vitamin C and vitamin A, as well as beta-carotene. So green, orange, and yellow peppers are great options, while red peppers pack the most punch.

How Many Peppers Can I Feed My Dog?

As with any new food, it’s essential to start small and in moderation to see how your dog will respond. Some dogs will be fine with peppers added to their daily diet and some will not be as tolerable. Always be sure to completely remove any seeds, stems, and inner core that might be more difficult to digest. Large dogs should not eat more than half a pepper per day. Feed small dogs no more than a quarter of pepper per day.

The outer part of the peel’s skin may be difficult for your dog to chew and/or digest when the pepper is still raw. You can steam the pepper to soften the skin. Never season pepper with salt, spices, or garlic, and never use peppers cooked or mixed with onions. As stated earlier, while your palate can handle spicier peppers, most dogs cannot handle that much spice. Their digestive tracts might not be as used to a jalapeño or Serrano as yours. And as with any new treat, always check with your vet before getting started on your dog’s diet.

More From: Can My Dog Eat? 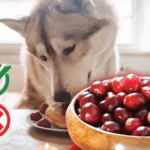