The AKC or American Kennel Club is the most famous, the most important, and the most influential of the American canine federations. Created over a century ago, it identifies purebred dogs in the United States and ensures their well-being and protection.

As of November 2016, the AKC recognized a total of 202 breeds. The American Kennel Club distinguishes 7 groups of breeds according to their functions (hunting dog, companion dog, etc.). There are also 65 other breeds in which breeders have requested recognition in the United States and which do not yet have sufficient resources to be recognized.

The AKC is present on many different strands. It organizes various activities both to reward good canine behavior and to help dogs in distress. The AKC National Championship or AKC National Competition is a dog competition held annually in the city of Orlando, Florida.

The event is held in December or January and has been since 2001. Around 3000 dogs compete for the title on the basis of obedience, agility, and hunting tests in particular. To encourage owners to properly train their dogs, the AKC has set up a short dog assessment during which they will have to demonstrate their ability to behave well in public. Dogs take the evaluation test with their trainers.

At the end of this evaluation, the dogs which pass the test are awarded a certificate of the good canine citizen. AKC has a branch called AKC Reunite which provides care for dogs for recovery. It is the largest non-profit organization of its kind in North America. 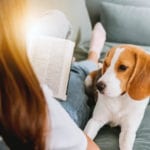