What is the KC?

The KC or the Kennel Club is Britain’s largest organization dedicated to the protection of all dogs. It ensures their well-being and good health through its various activities. The organization also provides recording mission purebred dogs and hybrid dogs.

The club is also considered to be the first cynological association in the world. It was born on April 4, 1873. It is also the oldest kennel club. The registration system distinguishes 7 different groups of dogs and for the year 2013, the number of breeds recognized by the Kennel Club amounted to some 211 dog breeds. In addition to organizing a number of dog events, the Kennel Club also offers dog insurance services for individuals.

The Kennel Club gives permission for the organization of numerous dog shows across the UK, but it itself runs a world-class purebred competition known as Crufts. The first edition of the dog show was held in 1928. Held every March in Birmingham, the show continues to attract competitors from around the world at each edition. KC is also involved in veterinary and scientific research projects to improve dog health. 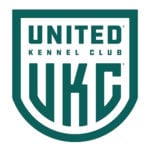 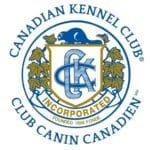