The New Zealand Kennel Club is New Zealand’s premier dog organization. It was created in 1886 and is responsible, among other things, for the registration of purebred dogs as well as activities relating to the welfare of dogs and dog shows.

The New Zealand Kennel Club or NZKC is New Zealand’s premier kennel club. Created in 1886, this organization has multiple functions. It ensures the registration of purebred dogs present on New Zealand soil by following strict rules in order to know precisely the genealogy of each dog, it also offers training services and makes its judges available during competitions. canines.

The organization is also part of the FCI or Fédération Cynologique Internationale. The organization has about 300 clubs which are affiliated with it or which are recognized by it, among which there are many dog ​​show clubs as well as dressage clubs. From 1976, any New Zealand citizen can become an individual member of the organization if, however, It meets a number of conditions (having a dog registered with the NZKC, being a judge in a dog show, or being a member of the NZKC executive council).

The main activity of the New Zealand Kennel Club is to act as a voice for the New Zealand public and government, dog breeders, dog owners, dog clubs, and all other organizations in the New Zealand dog world. The NZKC also publishes New Zealand’s only magazine exclusively dedicated to dog welfare and canine activities.

The magazine is a monthly magazine called NZ Dog World with a readership of nearly 10,000 in New Zealand. Very active in canine health, the New Zealand canine organization offers quality veterinary services to all dog breeders who are members of the NZKC. With its Code Of Welfare, the NZKC sets out the principles to follow to take good care of your dog.

The NZKC is also available for young owners of dogs under 20, it is the New Zealand Young Kennel Club whose goal is to train owners from an early age to be responsible for their dogs. Finally, the NZKC offers an insurance service, but not only for dogs since cats, horses, and rabbits can also claim it. 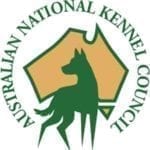