The Javanese cat (or Mandarin) is a cat that descends straight from the Balinese, with whom It shares many points in common. It meows regularly, It’s above all endearing and a loyal cat.

It enjoys pleasing its master. It has good health despite some genetic diseases. And, despite its mid-length coat, its maintenance is relatively easy.

The origin of the Javanese Cat derives no more, no less than that of the Balinese. The United States Is its country of origin. Indeed, to believe that the Javanese (or Mandarin) comes from South-East Asia is totally false.

The first Balinese are sacrificed and sold to avoid the defects of a Siamese reproduction. Until Marion Dorsey, an American breeder decided in 1950 to start breeding a new breed. She was helped by Helen Smith in her works and the name Balinese was given before the breed was recognized in 1961.

The Javanese, on the other hand, is a sort of long-haired Oriental, and therefore a colorful Balinese with green eyes.

The Javanese takes many characteristics of the Balinese, while ultimately it is only a colorful variety with long hair. We find in Its voice something very particular and singular in the Balinese and Siamese. It meows quite regularly and Its sounds can be annoying.

It can also be an asset for Its master. Because well developed, these sounds are an interesting means of communication between It and Its owner. In addition, it is an active and lively cat. It needs space to exert Itself, but also to assert Itself.

Indeed, it is a cat with a rather stubborn character and the irrepressible desire to put oneself at the level of the human. It wants to be seen as a little star within Its family. It does not support competition from other congeners. It likes to be the center of attention.

The Javanese needs exercise. It’s perpetually in motion. Very active, playful, It prefers above all to climb. For indoors, It will need accessories like a cat tree. A sine qua non for their well-being and their development.

It also enjoys going to tickle the bugs in the garden.  It’s a great hunter. It is, therefore, preferable to adopt it if its master has sufficient space and especially a house.

The Javanese have very good health, but it can be affected by genetic pathologies . First, amyloidosis. It is a liver disease which leads to chronic and above all incurable renal failure.

All affected cats die, often before reaching 5 years of life. There is no cure. In addition, the Javanese can be affected by progressive atrophy of the retina, like the Balinese, but also glaucoma, strabismus.

In fact, it is important to check the condition of Its eyes regularly. Finally, do not forget to vaccinate this cat against all the usual diseases, such as rabies, typhus, leukosis, and coryza.

The life expectancy of a Javanese is between 13 and 19 years .

The absence of an undercoat is a significant plus in the fairly easy upkeep of Javanese. Indeed, a single regular brushing is enough to satisfy Its mid-length dress and thus prevent any formation of knots.

Due to the predispositions of eye diseases, it is important to check and clean the eyes of Javanese very regularly. In addition to this, weekly brushing is required.

Like all cats, the Javanese can eat human or industrial food. Indeed, the whole secret is in the dosage of its rations. They must be in line with Its daily physical expenditure and must cover all of Its needs. 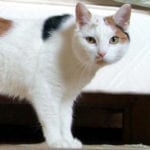 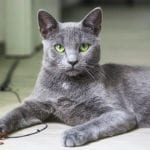