Cat breed of Russian origin, the Siberian Cat is, as its name suggests, cut to withstand extreme cold. It has a thick and very beautiful fur, but also a well-developed bone structure and musculature.

A medium to a large-sized cat, the Siberian does not stand out only for its robust constitution. It’s also appreciated for Its intelligence, Its sociable character, Its tenderness, and calmness, despite Its rustic and primitive appearance.

In summary, the Siberian is a very high-quality companion for all members of the family, regardless of the environment in which they live.

Several tracks are evoked concerning the origins of the Siberian. According to some, it would come from Angoras of the Middle East crossed with local cats. Others say it’s a result of marriages between cats originating from Western Europe and wild cat varieties from Siberia.

The Siberian has distinguished Itself by Its ability to hunt rodents on farms in Russia. It was also appreciated for Its balanced character and pleasant company.

At the 1980s, the Siberian arrived in Berlin, then gradually in Western Europe thanks to the end of the Cold War.

The breed was recognized by the Fédération Internationale Féline (FIFe) in 1997. The Cat Fancier’s Association (CFA) accepted the Siberian for registration in February 2000, then authorized It to participate in the championships 6 years later.

The Siberian Cat is a very affectionate cat, never missing an opportunity to express Its attachment to Its master. It does not mind going out to meet fellow creatures and other animals. It even gets along quite well with children.

Intelligent and curious, It also has a reputation for being rather talkative, without being annoying. Although endowed with a fairly calm temperament, It needs to stay active and express Its remarkable qualities as an athlete and a hunter.

The Siberian is able to adapt to a wide variety of environments. Of course, due to Its physical constitution and Its heritage, It tolerates the cold extremely well. It can therefore spend a lot of time outdoors without fear of low temperatures, but that does not prevent It from appreciating the comfort and safety of the home.

It’s perfectly fine to live in an apartment, as long as you and provide it with everything it needs to work out, especially the cat tree.

The Siberian is arguably one of the hardiest cat breeds when it comes to health. Like all cats, It can be affected by common diseases, but if Its vaccines are up to date and taken care of on a daily basis, you have nothing to fear.

The life expectancy of a Siberian is between 15 and 20 years.

The maintenance of the Siberian is not particularly tedious, even if its mid-long coat requires regular care. During the moult, this cat can shed large amounts of hair to give way to a lighter coat in summer.

The main hygiene measures to adopt with a Siberian are to brush them meticulously once a week to keep their hair and skin clean, as well as to regularly monitor and clean the area around their eyes and the inside of the ears.

Brushing becomes more frequent during the moulting period, the ideal being to do it daily. The goal is to help It get rid of the many dead hairs and prevent It from swallowing them. Otherwise, It risks seeing hairballs forming in Its intestine and causing It a lot of inconvenience.

The Siberian needs a complete, balanced, and easily digestible diet. Its meals must provide It with quality proteins. Like all its congeners, its diet is predominantly carnivorous, and it, therefore, appreciates sources of animal protein such as meat, offal, and fish. 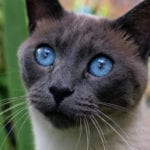 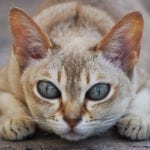