The Sphynx cat, this naked wrinkled skin cat, is unique not only to its singular appearance, but also thanks to its faithful and affectionate behavior reminiscent of that of the dog.

At first glance, it is an animal that elicits a lot of reactions, often divided between attraction and repulsion. Many may perceive this feline as an extraterrestrial.

However, if you don’t stop at the first impression and take the time to discover this fascinating breed, you can quickly fall in love with its endearing gaze, elegant gait, and incredibly soft skin.

The appearance of the naked cat would go back to a very long time ago. In some areas of Mexico, very old wall engravings have been found suggesting the presence of hairless cats. Research has shown that the Aztecs worshiped these cats they would have bred.

Hairless cats were also described in 1830 in the Natural History of Paraguayan Mammals by JR Rengger.

The first two specimens of hairless cats would have appeared in New Mexico among Indians and it was a certain Mr. J. Schinck who noticed them.

If hairless cats have existed for several centuries, the appearance of the Sphynx and the breeding of the breed is quite recent. Indeed, the modern line comes from the spontaneous appearance of a male hairless kitten in Toronto, Canada, in 1966. It was preserved in order to perpetuate the variety, then, it was brought back from Toronto to the Netherlands by Doctor Hugo Hernandez.

He worked at length on the breed by natural genetic mutation and presented his cats in 1973. It was only ten years later that, in a Parisian exhibition, the Sphynx cat aroused great interest. Then the breed was exported to the United States. Today, the Sphynx cat breed remains quite rare and breeders are therefore few in number.

The Sphynx is a real pet cat. Extremely affectionate, It loves to be cuddled and It needs its owners to feel safe. Sometimes it is even a real pot of glue; some subjects may tend not to leave their master by a foot.

This faithful companion brings back Its toys, welcomes visitors, and comes running when It’s called, hence Its called a “cat-dog”.

Loving to be taken care of, the Sphynx cat will not hesitate to come and perch on Its owner’s shoulder to attract Its attention. This cat is particularly sociable and patient with other pets.

The Sphynx is never aggressive and is very happy to share its territory. Mischievous and playful, It will appreciate having one or more playing partner (s) in the house. It’s an intelligent cat, who will quickly learn to open doors or taps. Remember that it is possible to train it with the help of rewards and incentives.

The Sphynx has the particularity of adapting very well to any type of environment. Thus, It will not be traumatized in the event of upheaval in Its life or a move. Hairless, It’s obviously quite cautious. Thus, living in an apartment suits It perfectly, provided that It can have accessories to exercise Itself every day.

Due to the lack of hair, the Sphynx is very sensitive to skin diseases and sunburns. Its epidermis does not have melanin and it is therefore important not to expose it to the sun.

The Sphynx also has a major hereditary disease: hypertrophic cardiomyopathy, which thickens the walls of the heart. Note that the heart of the Sphynx is very close to that of humans. However, the Sphynx is blessed with pretty solid health.

It should be vaccinated against the traditional diseases of cats: rabies, typhus, leucosis, and coryza.

The life expectancy of a Sphynx is between 8 and 14 years.

Hairless doesn’t mean maintenance-free. On the contrary. The skin of the Sphynx requires special care. It must therefore take regular baths to remove the fat left by the excess Sebum. In addition, you should put sunscreen on each trip outside to avoid burns.

No brushing is required. However, it should be washed regularly in order to remove its excess Sebum. As with all cats, their ears should be inspected regularly to avoid infection. Especially because the production of earwax is abundant.

Because of its naked skin, the Sphynx must eat more than other cats. Indeed, it has a higher body temperature and burns its calories faster. It can benefit from kibble at will, which is recommended by several breeders. However, it can also be rationed.

There is also “ Special Sphynx  ” food that better meets its nutritional needs. These products are however more expensive to buy, but reduce the amount of kibble given continuously.

Is the Sphynx cat right for you? 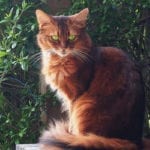 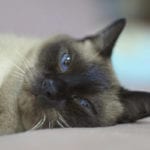