The Tonkinese cat is the ideal cat since It has the qualities gathered by the Birman and the Siamese, of which It’s the descendant. It’s therefore very attached to Its master, very endearing, in a perpetual request for hugs and attention.

It’s lively, active, playful, and has a very good spirit to share with other animals and congeners. It’s in good health and simply has to live in conditions that meet Its daily physical demands.

The Tonkinese cat is a fairly old breed originating in Thailand, which has survived the centuries. It comes straight from the crossbreeding between 2 other very famous breeds: the Siamese and the Birman. The qualities of these 2 breeds are added to It, which makes It an exceptional cat, as much for Its physical aspect as for Its character.

Initially, the Tonkinese cat was defined solely for Its coat color, with splendid gradations. The standard opened up to those with blue eyes like the Siamese as well as amber like the Birman.

The breed is widely known across the Atlantic, in Canada and the United States, but still quite rare in Europe.

The character of the Tonkinese cat is almost perfect. It got it from the cross between Siamese and Birman. It’s an ideal cat for family life. It’s very close to Its master and follows him everywhere, a bit like the Siamese.

It can sometimes be intrusive and sticky. It, therefore, does not appreciate solitude. It must be entrusted to a master and a family who has time to take care of it and who will not leave it alone.

Like the Birman, it’s also active and very playful, especially with children. It’s an intelligent breed. It also has real qualities of adaptation to a new environment, as long as It receives attention. It accepts without flinching the presence of other animals and that of congeners.

The Tonkinese is happy in all situations as long as you take care of It. Rather active and playful, It might get bored with an elderly person who cannot move that much. It’s, therefore, suitable for singles, families with or without children.

It’s a house cat who can benefit from a small garden or simply be satisfied with an apartment. It must have many accessories to climb, run, jump, and thus feel happy.

The Tonkinese is a cat that can live up to 20 years without any health problems. Indeed, it is a feline endowed with great robustness. It rarely gets sick even if It’s never immune to a cold snap or a minor pathology. Like all cats, it is recommended to have it vaccinated against all classic diseases in cats: rabies, typhus, leucosis, and coryza.

The life expectancy of a Tonkinese is between 15 and 20 years.

The Tonkinese’s dress simply needs to be polished and maintained regularly. Thus, it should be brushed once a week. It does not require extensive maintenance.

Apart from a weekly brushing that should never be intensified, the Tonkinese cat also needs from time to time that we focus on Its eyes and ears. They should be cleaned to prevent the development of infections.

Its diet must be adapted to Its age, Its lifestyle, Its daily energy expenditure, and Its state of health. The nutrients received must be in sufficient quantity to satisfy its growth and maintenance in good health. 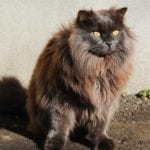 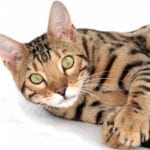