The Turkish Van cat is sometimes confused with the Turkish Angora. It has nothing to do with the Angora. Still rare in Europe, this cat native to Turkey is an adorable feline, sometimes quite imposing, for families.

It has a strong character, independent, but enjoys the company of Its master. This is a cat that loves water more than anything, which makes it one of its peculiarities. Its health is robust and its diet does not require any specificity.

The Turk  Van is an ancient breed of cat, which is also called the cat of Noah’s ark since it originates from Mount Ararat (Turkey), where the ark would have been stranded. An origin that also transports it to the shores of Lake Van. We find this feline on jewelry from antiquity, proof of its presence thousands of years ago.

Their discovery is however quite recent. We owe it to Laura Lushington and Sonia Halliday, 2 British who, in 1955, imported it to Europe. Their rather singular and exceptional character was very appreciated, until then, by the Turks who possessed them. The Turk of Van has been domesticated for centuries. They landed in the United States in the 1980s.

The Turkish Van cat is a cat renowned for Its intelligence and Its playful side. It’s not afraid of anything or anyone, even if It can sometimes be shy. Independent, this feline never refuses hugs and tenderness.

It loves it, sometimes to the point of becoming a pot-of-glue. Well-educated, It can be compared to a dog because It tends to bring back objects that are asked of It. Above all, the Turkish Van will only be happier if It enjoys a corner of water next to the home or in the garden, in which It can soak Itself.

It is a ”  swimming cat “, Probably because It had to hunt in this aquatic environment for food. This natural instinct has been preserved despite its domestication. In addition, a very sociable cat with its congeners and other pets.

The Turkish Van can adapt to all types of environments. Thus, It will be just as happy in a house with an exterior as in an apartment. It will simply have to have accessories and toys available to keep It entertained.

It hates boredom. Thus, Its master should be often present to give It the attention It asks for and deserves. Owning a corner of water is a plus since It loves to swim.

The Turkish Van has very good health, although It’s subject to cardiac pathology, hypertrophic cardiomyopathy. A visit to the veterinarian twice a year is recommended to detect the beginnings of this disease.

Otherwise, due to its tendency to swim, regular and meticulous cleaning of the ears is necessary to prevent ear infections or other unwanted infections.

The life expectancy of a Turkish Van is between 14 and 19 years.

The absence of an undercoat makes its maintenance very easy. It’s enough to brush it once a week to allow it to retain all the vigor and beauty of its dress. In addition, it will prevent the formation of knots.

During summer, when it loses its hair in greater quantity, brushing can be accentuated.

In addition to weekly brushing, the Turkish Van may need a bath from time to time, especially to clean Its white coat. Indeed, it is particularly messy. In addition, this water-loving feline, will not oppose any resistance. Cleaning of the ears is desirable from time to time.

The Turkish Van cat has no dietary requirements. Its diet, therefore, consists of either dry food such as high-quality kibble, or wet food such as mash. It simply needs to be adapted to their lifestyle, health, and daily energy expenditure. 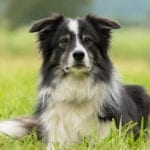