The black Maine Coon has one of the most alluring and stunning colors of this breed.

Saying if your cat is a black Main Coon or not will require some help from a real breeder. If you’ve brought home a kitten or adult cat that isn’t from a breeder, it may be hard to tell.

In fact, many cats with long, profuse fur are mistaken for this breed, simply because many cat owners don’t exactly know the breed’s physical traits.

The first thing you will probably notice is that Maine Coons are big, very big! In fact, the record for the longest domestic cat in the world belongs to a Maine Coon that has grown to over 46 inches in length!

But these big cats have much more than just big size. They are affectionate without being needy, they are adaptable and have kept their hunting instincts, in case you need a good hunting cat.

But let’s find out in detail

How to recognize a black Maine Coon?

You need to know that cats have some fairly similar physical traits to the breed but may not be a purebred Maine Coon. Don’t be fooled by just black or very dark fur.

The black Maine Coon is exclusively black. Hence, every single piece of the cat is black. Meanwhile, a black cat that you consider this breed that contains a lighter black shade in the undercoat may be a “black smoke”.

The difference between pure black and smoky black is in the undercoat. When you look at the fur under the belly and chest area of ​​a black smoke-colored cat, you will see that its fur has a lighter shade.

Gray Maine Coons has lighter colors. This cat’s solid gray coat is the most common variant of this color. Other patterns include spots and streaks.

The Calico Maine Coon is bred in different colors that create a unique pattern. This version of the breed has distinct markings compared to the breed’s solid fur counterparts. It goes from amber to brown but always keeping on dark colors.

History Of The Black Maine Coon

The black Maine Coon, as well as all Maine Coons, as the name suggests, originates from Maine, where the breed was known as the famous mouse hound, farm cat, and ship cat, as early as the early 19th century.

They are a natural breed and little is known about their origins. Some argue that the Vikings brought them to North America, centuries before Columbus sailed the blue ocean. Others say they are the descendants of longhaired cats belonging to Marie Antoinette, sent to America in advance of the doomed queen, who had hoped to escape there.

Sea captains may have brought back longhaired cats which then mated with local short-haired cats. One thing is certain: the Maine Coon is not the result of a mating between a cat and a raccoon, as their brown coat and hairy ringed tail suggest biological impossibility. However, the similarity is there, and that’s why cats got the “Coon” part of their name.

The first published reference to a Maine Coon dates back to 1861 and concerned a black and white cat named Captain Jenks of the Horse Marines. A female Maine Coon was named Best Cat in 1895 at a cat show held in Madison Square Garden. In Boston and New York, domesticated felines at home were popular at cat shows, and when the Cat Fanciers Association was founded in 1908, the fifth registered cat was a Maine Coon named Molly Bond.

Since then, the invasion of Persian and Siamese glamor from England towards the turn of the century marked the end of the Maine Coon’s popularity for nearly five decades. Things changed for the better in the 1960s and the Maine Coon Breeders and Fanciers Association was formed in 1968.

Today, these large and beautiful cats are among the most famous breeds in the world. They were also elected the official state cat of Maine in the USA.

The Maine Coon is a really big cat. Most Maine Coons weigh between 8 and 16 pounds, with some cats weighing as much as 22 pounds!

The average length is about 27-31 inches, with the largest males able to reach (and exceed) 3 feet in length.

They don’t reach their full size until they are three to five years old.

Character Of The Black Maine Coon

The kind and affable Maine Coon adapts well to many lifestyles. These cats like to be around people and have a habit of following them around, but they are not morbid.

They are happy to get attention when you do it their way, but if you are busy, they are happy to just be around you. Close a door and they will patiently wait for you to make the mistake and let them in. They like to be close to you, without being pushy.

They also retain their mouse-hunting cat ability. It resides in their DNA.

No rodent will be safe in a home where a Maine Coon resides. Even if you don’t have mice to chase, they’ll keep their skills sharp by chasing toys and grabbing them with their big paws

The Maine Coon also likes to play fetch balls, toys, or stuffed pieces of paper. They can climb like any cat, but usually prefer to stay at ground level. Where their work is, after all. They are also highly intelligent and will happily learn a few commands or games to play along with you.

The Maine Coons are cats in “suits and ties”, large giants who play in a dignified and elegant way until old age. Maine Coons can also be reserved for people they are not familiar with.

They take time to adjust to new people as adults. This initial period of adaptation is actually a decision-making process – the Maine Coons is deciding whether these new humans are proven trustworthy. As soon as they decide, they form close bonds with the entire family and become loving and devoted.

They are true family members and participate in all the family routines, whether you watch TV from the comfort of the sofa, or follow you from room to room. Maine Coons are fascinated by water, perhaps because their thick coats are water repellent and won’t get annoyingly cold and wet like other furs. Some will briefly join their humans in the shower, or at least walk on the wet floor with no problem.

The Health of a Black Maine Coon

Both purebred cats and mixed breed cats have varying incidences of health problems which can be genetic in nature. Problems that can affect the Maine Coon include:

However, these are not common situations, and indeed it is quite rare for an adult Maine Coon cat to suffer from these disorders.

Caring For A Maine Coon

Despite the length of the Maine Coon’s fur, the coat has a silky texture that won’t dull easily if you groom it regularly.

It is easily treatable with a combing twice a week to remove fallen hair. Useful grooming tools include a stainless steel comb to remove tangles and what is called a “grooming rake” to pull out the dead undercoat, which is what causes tangles when not removed. Use it gently, especially in the stomach area and on the tail.

Also as regards the food, it is a cat not at all fussy, rather rustic and able to adapt to any food we want to give it (possibly of good quality!).

Maine Coons are very patient cats, but they don’t like having their hair pulled out any more than you do. Bathe Maine Coon as needed, which can range from a few weeks to a few months. If their fur looks greasy or their fur looks stringy, they need a bath.

Daily dental hygiene is better, but weekly brushing is better than nothing. Trim Its nails every couple of weeks. Clean the corners of Its eyes with a soft, damp cloth to remove any leaks. Use a separate area of ​​the cloth for each eye so you don’t run the risk of spreading bacteria.

Check Its ears weekly. If they look dirty, clean them with a cotton swab or soft cloth moistened with a 50-50 mixture of cider vinegar and hot water. Avoid using cotton buds, which can damage the inside of the ear.

The character of the black Maine Coon

The friendly and laid back Black Maine Coon is the perfect choice for families with children and/or cats and dogs. They love the attention they get from babies who treat them politely and with respect, and they don’t mind being taken for a ride in a stroller.

They are happy to live with cat-friendly dogs too, thanks to their amiable disposition. In this case, we introduce pets slowly and under controlled circumstances to make sure they learn to get along.

The black Maine Coon, like other Maine Coons, are excellent cats to be included in the family, with a strong and proud character resulting from their incredible intelligence.

How much does a Black Maine Coon cost?

The value of a black Maine Coon today is approximately between 800 and 2000 Dollars, although it also depends a lot on the breeding and age of the cat. 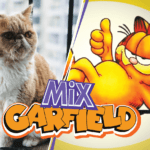