Red point Siamese cats have a pale apricot coat (almost white on the chest and belly and more intense on the back and sides). The markings are golden-red, with the paws slightly lighter than the tail, ears, and “mask” on the muzzle.

Sometimes there are stripes on the spots – this is quite acceptable, as well as specks on the ears, face, eyelids, lips, and paw pads in adult cats. The eyes of the red-point cats are bright blue, and the nasal mirror and paw pads are pink.

In 1888 an English magazine mentioned a Siamese cat of an unusual “salmon” color that participated in a cat show. Obviously, this was the first flame-point kitten to win a prize at the show.

History Of The Red Flame Siamese

The red and tortoise colors were introduced to the breed in the 1930s by crossing a purebred Siamese with British shorthair red tabby or tortoise-colored cats, which had orange genes but their color variety was not recognized until 1966.

The Flame Point Siamese appear mostly in males and tends to be very rare in females.

The Siamese family with reddish points includes the colors red, apricot and cream, in addition to the Siamese with turtle-colored points and their shades, for example, the bluish turtle, chocolate turtle, among others. A red-dotted cat may also be known as a fire-dotted Siamese.

Like the traditional Siamese, the color of the eyes is light and deep blue, and it has abundant fur. Most of its body is cream-orange in color and the terminations, or heat-sensitive areas (legs, tail, ears, and face) are dark orange. The nose and paw pads are pink.

In most of these cats, you can notice some stripes on the points of the face, legs, and tail.
This happens because it is extremely difficult not to reproduce these originally tabby markings on any red-dotted cat.

Small red-dotted kittens, like other Siamese cats, are born pure white and develop their specific coloration over the course of several months. The coloration in the points is accentuated with age and can continue to darken up to approximately two years.

Behavior Of a Flame Point Siamese

It is important to note that each cat will develop its own character, as this is determined by various complex factors, both environmental and psychological. But in a general way, we can say that the Red Point Siamese is a very benevolent cat, with a calm, cuddly character, and very protective.

They are also very playful, being able to demand the attention of their person constantly throughout the day, especially more intensely in the first years of life. They are very familiar and relate very well with children. They are also very talkative, through their meow they communicate with people in a persistent way.

The Genetics Behind The Flame Point Siamese

Color in cats is determined by 9 sets of independently acting alleles, which combine to give the cat’s coat color set.

“O” is the gene responsible for the presence of Orange pigment, instead of Black, Chocolate, or Cinnamon eumelanin (*), and which gives the red color in cats.

“O” has the particularity of being carried by the X sex chromosome. Therefore, it is the female who indicates whether the male kittens will be red or not; for females, both parents determine the coat color.

In the presence of “dd”, dilution, the red gives the cream, the scale becomes creamy blue, or creamy lavender, or creamy fawn, depending on whether the non-red X lets black, chocolate or cinnamon express itself.

With “S”, the red or cream males become two-colored, and the scales tricolor.

Scales or tricolors males are born from time to time. They are then carriers of a genetic anomaly, and most of the time they are sterile, most often having 2 X.

On the contrary, females where one of the parents is red, and the other not red, are born unscaled, they are generally carriers of a single X, which is called “Turner syndrome”.

In these cases, the animals are generally sterile, although cases of fertile males are known.

The Flame Point Siamese is prone to developing black spots on the nose, which are a hyperpigmentation better known as “Simple Lentigo”.

This is a difference with the rest of the Siamese because it is a characteristic that usually occurs only in the orange tabby cats. There is nothing to worry about as they are generally benign, although you must be careful that they do not itch or change in shape and/or size.

How to train a Flame Point Siamese

Flame Point Siamese cats are easy to train, while other kitten breeds tend to be rebellious and it takes a lot of work to make them heed the instructions given to them, the Flame Point, on the other hand, due to its calm demeanor, is much more perceptive to training. So, it will not cost you any work to teach It to use the litter box, or to avoid damaging the furniture with Its nails.

It should be known that Siamese cats very hardly decide to go with strangers who call them since they show distrust towards those they do not know and are extremely loyal to their owners.

Regarding the food that should be offered to a Flame Point Siamese cat, it must be of high nutritional value. For this, it is a good strategy to combine feline food with canned croquettes, so that, in addition to obtaining the vitamins, minerals, and proteins it requires for its body well-being, your cat feels satisfied after having eaten.

Why Is It Called a Flame Point Siamese?

In the UK and Australia, this type of cat is officially recognized as a red-dotted Siamese, but It’s not known as a Flame Point Siamese.

In other regions, such as the United States, this reddish-spotted cat is not even included within the Siamese breed, instead, it is classified as a separate breed. It’s known by the name of Flame point Siamese.

So where does the Siamese expression for Flame Points come from, if none of the standard guides of the breed recognize this pattern by that name?

Apparently, it was taken from the Persian and Himalayan cat breeds (a cross between a Persian and a Siamese), both of which use the term fire point to describe this coloration. Siamese cats may have been named so because it sounds better and more romantic than the red dotted term.

Trying to find a good name for your newcomer Siamese cat? For many people, this is one of the most exciting parts of bringing a pet home. This can be difficult, especially with small kittens, because it is true that they look cute and cuddly hairballs at that stage, but later when they grow up they will look and act very different.

So when you’re looking through all the possible names for your Siamese cat, be sure to pick one that is also suitably sophisticated for an adult Siamese.

Best to fairly short names, roughly two syllables. If you want to give your cat a longer name, find It a nickname that It can easily learn.

If you have two cats, it is a good idea to choose names with different vowel sounds, to avoid confusion when calling them. For example, names like Candy and Dandy would sound very similar, so if a name already has an ‘a’ and an ‘i’, think of a name with the other vowels for your second cat.

A suggestion for finding appropriate names may be to focus on the cat’s coat color and body points. Flame point Siamese tend towards red or orange, so good names would be:

Most of us might or might not recognize this breed of cat as soon as we see it. They are distinguished by their bright blue eyes, a red cream-colored coat, as well as the nose, ears, legs, and tail, which are a ginger color

So far we have mentioned the most obvious physical characteristics, but really what do you know about this beautiful cat? Here are some lesser-known facts about the Flame Point Siamese cat, as well as learning how to care for it.

Price Of A Flame Point Siamese

The Flame Point Siamese cat has a very special personality. The Siamese can be jealous and possessive and will not be able to be satisfied with a master who ignores It or does not pay It enough attention. In addition, Its master or future master should expect a chatty cat and be patient when necessary.

However, the Siamese Flame Point, fortunately, has many qualities: endearing, affectionate, it will be an ideal companion for owners who wish to develop a special relationship with their cat. 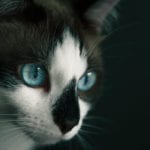 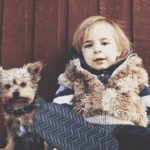