For a few years now, the cat has dethroned the dog as the favorite domestic animal in many countries around the world. Whether it’s adopting a cat, a dog, or any other pet, the arrival of an animal in your home is always a source of joy and happiness. But it is also a long-term commitment, a responsibility to be borne over several years.

Before welcoming a new companion to Its home, the future owners can legitimately ask themselves how many years will they be able to share with their cat. What is the life expectancy of the domestic cat? How old can It live? Does a purebred cat live longer than an alley cat? And how to increase the lifespan of your feline? Reading this article will answer all the questions you have about cat life expectancy.

What is the average life expectancy of a cat?

Like the life expectancy of humans, the longevity of domestic cats has increased in recent decades. Thanks to advances in veterinary medicine and surgery, but also to improved knowledge about the well-being of domestic felines, cats now live longer and in better health. On average, the life expectancy of the cat is between 12 and 15 years but can vary according to many criteria. Gender, breed, lifestyle, diet, veterinary care received, genetics, and environment are all factors that can influence a cat’s lifespan.

Today, vets estimate that a third of cats can live more than 12 years. With regular care, an environment suited to their needs, and a balanced diet, cats can easily live healthy lives up to 15 or 16 years of age. The percentage of cats over 16 years old represents 18% of the feline population.

It is generally accepted that a female has a slightly longer life expectancy than a male. In addition, sterilization increases the longevity of cats. Indeed, this intervention makes it possible to reduce the risk of diseases in the female. It also prevents the risk of running away during the heat period.

These uncontrolled escapades can be the cause of fights, illnesses, or accidents which deteriorate the health of the animal and reduce its life expectancy.

What is the average life expectancy of an alley cat?

Known in the past as the “alley cat”  because of its wanderings on the roofs of the city, the common domestic cat is a cat that does not have a pedigree. It comes from a cross of several races. Without possible identification of Its line. Although its nickname of “alley cat” has remained, the common cat no longer really lives outside: it is the one that we mostly see in our homes.

Even though the life expectancy of the alley cat is generally high, due to a more robust constitution, it depends on many factors. When the alley cat has returned to the wild, it is referred to as a Feral cat and its lifespan is generally shorter: around 7 years. Indeed, the Feral cat does not benefit from vaccines or from the care provided by humans.

They are therefore more likely to contract illnesses or have their wounds infected. Its food is also of lower quality and available in less quantity.

Does the indoor cat have a longer life expectancy?

Unlike the Feral cat or the stray cat which wanders between several homes, the indoor cat has beautiful longevity. Whether It lives in a house or an apartment, indoor cats benefit from comfortable material conditions that ensure good health.

Thanks to the care provided by Its master and Its veterinarian, thanks to a balanced and regular diet, and thanks to a secure environment in which It feels happy, the domestic cat can live for many years.

If properly cared for, the lifespan of the indoor cat is between 15 and 20 years. However, when a cat lives in an apartment or when it does not have the possibility of going outside, its environment must be adapted in order to avoid boredom, depression, and obesity, ailments that can reduce Its life expectancy.

Even though a cat’s life expectancy depends on many external factors, such as the environment, diet, or lifestyle, purebred cats are known to have a more fragile constitution than that of alley cats. They are indeed more likely to develop genetic diseases or defects.

However, advances in veterinary medicine have made it possible to make progress in this area. On average, purebred cats live a little shorter than other cats, but each feline is unique in health and longevity.

Certain breeds are more predisposed than others to develop certain pathologies, so it is recommended to inquire before adopting a distinguished cat. However, there is always an exception to the rule. Some breeds are known to be more resistant than others, such as the Maine Coon, Birman, or the Siamese which can live between 14 and 16 years.

How old is the oldest cat in the world?

According to Guinness World Records, the oldest cat in the world was actually a cat Named Creme Puff, this American cat from Texas died at the age of 38. Born in August 1967, It passed away in August 2005, three days after celebrating Its thirty-eighth birthday. And although Its title is hotly contested, Its record has still not been officially broken.

On the other hand, another funny anecdote concerns Jake Perry, the owner of Creme Puff: he owned another cat, nicknamed Granpa, born in 1964 and died in 1998… at the age of 34! According to Mr. Perry, the exceptional longevity of his two cats is linked to their unconventional diet: bacon, egg, broccoli, and… coffee!

How to extend your cat’s life expectancy

To increase the life expectancy of your cat, it is above all necessary to take care of Its health. Regular visits to the vet are essential to keep your pet in good shape. Prevention is the mother of safety in terms of health: up-to-date vaccines and regular antiparasitic treatments make the cat less vulnerable to diseases.

Spaying your cat will also allow them to lead a less risky life. In fact, when It’s sterilized before Its first heat, around 6 months, the cat will have less chance of developing a mammary tumor during Its life, often the cause of cancer.

It will also be protected against diseases of the reproductive system, such as pyometra or metritis. In addition, sterilization makes it possible to avoid the risk of running away in both males and females.

For a cat to live as long as possible, its diet must be balanced and adapted to its needs. To keep It in shape, you will need to adjust Its diet according to Its age and morphology, to cover Its energy costs. If your cat is sterilized or sedentary, It will need to follow a more strict diet to avoid obesity.

To stimulate your cat, it is also recommended to schedule play sessions with It. Besides the fact that playing with It is good for Its morale, it is also a way to get It to exercise. Cats that do not go outside or are neutered are generally more affected by being overweight, which can have negative effects on their health.

The myth of the cat’s seven lives: where does it come from?

The cat is the source of many legends, beliefs, and superstitions. According to some of them, the cat has seven or nine lives. The myth of the multiple lives of the cat is transmitted from generation to generation throughout the world and would draw its origins in ancient civilizations.

The cat was an animal revered by the Egyptians who believed it to be immortal and able to reincarnate several times. But it would be the Hindu god Shiva who would have granted It Its nine lives. Legend has it that Shiva bestowed this blessing on felines after meeting a lazy cat who fell asleep after counting to nine.

What is cat age in human years?

Since cat growth is not linear, it is impossible to calculate the age of cats in human years  by simply multiplying it by a number as with dogs.

Indeed, during their first two years, cats grow very quickly. Then, at the age of 2, a cat is estimated to be the equivalent of 24 years in human age. It then reaches adulthood and then ages in a more linear fashion. From this point on, one cat year is equivalent to four to five “human” years.

Finally, it is estimated that at 10 years, a cat has lived the equivalent of 56 human years. Of course, these are only approximate figures to better estimate the age of cats.

It is true that some senior cats still look very young and lively while some much younger cats already seem tired and not very active. 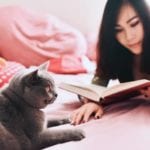 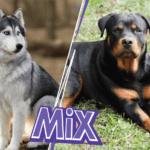