Gentle, tender towards his owner, he is also very reserved in his relationship with humans

We must therefore take advantage of this moment to educate him properly. He is not necessarily very sporty, loves to bask. He shows loyalty to his master, whom he will defend at all costs.

He loves children and can play with them. However, due to his large size and teddy bear side, he can be clumsy.

If you are thinking of adopting an American Akita, you have entered the right place, in Shelterapet we are going to give you a general overview of everything you need to know about the American Akita including useful information about the character, training, diet, education, and obviously about weight and height, something to keep in mind.

The American Akita has the same origins as the Japanese  Akita (Akita Inu). Their common ancestors lived in the Akita region in the north of the island of Honshu in Japan.

They were frequently used as fighting dogs and many of them were crossed with Mastiffs and Tosas to obtain larger and more powerful dogs.

This trend lasted until the ban on dog games in 1908. The Akitas almost disappeared at the end of World War II, the Japanese authorities having requisitioned most dogs of all breeds in order to use their skin for making military uniforms.. used in the Imperial Army.

To get around this regulation, some breeders, therefore, had the idea of ​​crossing their Akitas with German Shepherds. Among these dogs, those of the Dewa line particularly appealed to the Americans, who imported several of them to the United States.

As the main difference, we will observe that it is thicker and more imposing than the Akita Inu, it is even somewhat greater in height and weight. It has a triangular head and formed with triangular ears. The nose is completely black.

The eyes are black and small. As a Pomeranian breed, the American Akita has a double-layered coat, which protects it very well from the cold and gives it a majestic appearance by adding a tail that is tied to the back.

Males, as in almost all breeds, tend to be somewhat larger than females (up to 4 inches taller) but in summary, they are around 23 – 27 inches.

The weight of the American Akita is between 99 and 130 pounds. There are a variety of colors including pinto, white, black, gray, and other colors.

The American Akita is a territorial dog that tends to patrol the house or property. They tend to have an independent character and a very reserved attitude towards strangers. Some people find similarities to the behavior of cats.

They are somewhat dominant in their relationship with other dogs and tremendously loyal to their family, which they will never harm and protect above all costs.

For this reason, we recommend socializing our American Akita as a puppy, because when faced with a violent attack or an attitude that can be interpreted as malignant, our beloved dog can show a bad reaction.

All of this will depend on the education you offer it, among other things. At home, it’s a docile, distant, and calm dog. In addition, it has affinity and patience in contact with children.

It is a brave, protective, daring, and intelligent dog. It is spontaneous and requires an experienced owner who knows how to guide it in training and basic commands

It is a very resistant breed to inclement weather but they suffer from some genetic diseases and are sensitive to certain medications.

The most common diseases that we have to take into account are hip dysplasia and knee dysplasia. It can also suffer from hypothyroidism and retinal atrophy in older specimens.

As with other dogs, the health of the American Akita may be strengthened thanks to the diet you offer, the care it receives in its day-to-day life, and the proper monitoring of the dog’s vaccination plan.

They are very clean dogs and they groom themselves regularly after eating, playing, etc. But, it is important that we take care of its prominent coat, brushing it daily and especially in the molting season to keep it in perfect condition.

You will bathe it every month and a half or two months. You will also take care of the nails and trim them when necessary.

The American Akita is a very active dog so you should take it for a walk at least 2 or 3 times a day, completing the walk with exercise for adult dogs.

It likes to play and nibble a lot since they are young and they discover what they can do, provide it with one or several teethers as well as toys to keep it entertained in times when you are not there.

In general, many people say that the American Akita is a very appropriate dog for families with children. It is true that although they are PPP or very independent dogs, in general, they are dogs that are very integrated into the family nucleus that they will let their ears be pulled and will not hesitate to protect the smallest and most vulnerable person in the family from strangers.

In terms of behavior with other dogs, the Akita is usually somewhat intolerant of dogs of the same sex if it is not properly socialized. They can be dominant or aggressive otherwise.

The American Akita is a very intelligent dog that will learn all kinds of commands. It is a single-owner dog, for that reason if you try to educate it or teach it tricks without being the owner, it will probably not listen to you.

It also has the aptitude to be a good hunting dog, since until the middle of the 20th century it continued to develop this type of task, we do not recommend using it for it as it can trigger negative attitudes that are difficult to deal with.

It is currently used as a companion dog and even as a rescue dog. Due to its intelligence, it also develops therapy exercises, developing functions such as reducing the feeling of loneliness, stimulating the ability to concentrate, improving memory, wanting to exercise, etc.

It is also a suitable dog for activities such as Agility or Schutzhund. Find out how to get started in   Agility with it

Facts About The Akita 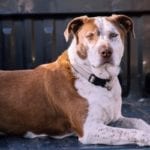 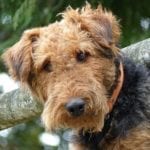