The Bernese Mountain Dog, this magnificent dog from Switzerland, will surely make you fall in love with Its long hair and Its big teddy bear looks. These dogs, mainly adopted as companion dogs, are nonetheless dogs that will need education from an early age in order, to learn not to pull on a leash.

A good guard dog, it will also be essential to socialize it as much as possible during the first part of its life in order to avoid problems of fear or aggression.

The Bernese Mountain Dog comes from Switzerland, and more precisely from a canton located in Bern named Dürrbachler, which gave the first name to this breed of dog, it gets its current name thanks to Professor Heim in 1913.

In any case, Its guard instinct should not be voluntarily strengthened at the risk of triggering aggressive behavior. Finally, it will be essential to socialize It correctly from the moment of adoption by giving It diverse and positive experiences.

In constant search for affection and presence, It’s quite clingy. Thus, it is an ideal companion for children, as well as for the elderly

As with all dog breeds, it is recommended that you begin your education upon adoption in order to avoid the development of bad habits. The Bernese Mountain Dog is a dog that will become imposing, it will therefore be essential to practice walking on a leash quickly.

In terms of Its education, it will also be interesting to teach It to become aware of Its size in order to allow It to be more attentive when traveling and thus avoid jostling and other inconveniences of this type.

In addition, some Bernese Mountain Dogs can be sensitive while growing up or conversely too excited. It will therefore be essential to adapt to the specificities of your dog and to teach It to calm down or conversely to gain self-confidence. Positive reinforcement learning should be valued.

In addition, the Bernese Mountain Dog can be very (even too) close to Its master. Work on detachment and on the (positive) learning of loneliness will therefore have to be implemented very young. Finally, it will be recommended to accustom your very young dog to the various manipulations, such as cleaning the ears and brushing.

For the Bernese Mountain Dog, the important thing is to stay with its owners, regardless of where they live. It could therefore live in an apartment, but It prefers to live in accommodation with a garden available.

It will be able to let off steam and have fun. It’s a dog who has a hard time supporting the changes of its owner. In a home, It tends to stay calm and relaxed.

The Bernese Mountain Dog is a fairly robust dog. Like all large breeds, It’s affected by hip dysplasia and the risk of stomach twisting. Thus, it is important not to make It exercise before and after meals.

The Bernese Mountain Dog can be prone to dysplasia problems. Often, an adapted diet throughout Its life, regular physical activity, and increased vigilance during Its growth can limit the risks of dysplasia. The elbow, hip or shoulder can be affected.

Less than 10% of Bernese Mountain Dogs would be affected by cancer that can appear mainly from the age of 6.

Like all large dogs, the Bernese Mountain Dog is, unfortunately, no exception and can be prone to stomach upset. To limit the risks, Its meal can be divided into two times during the day, once the growth is complete.

And it will be important not to physically expend your dog 1 to 2 hours after Its meal. Reversal of the stomach is an absolute emergency that can lead to the death of the dog within hours if not taken care of quickly! The vet will then need to perform surgery to save the dog whose stomach has turned. This procedure can be very expensive in the absence of good dog health insurance.

Also called entropion, it’s an inward reversal of the eyelid to which the Bernese Mountain Dog may be predisposed.

The life expectancy of a Bernese Mountain Dog is, on average, between 7 years and 9 years.

After a walk, it is not necessary to brush or wash it. The dirt on its hair will fall off on its own after a few minutes if the dog stays dry. Like all other dogs, care should be taken to clean their ears regularly. Brushing should be weekly.

The  Bernese Mountain Dog moult is constant but is accentuated in spring and autumn. During these periods, do not hesitate to  increase the frequency of brushing

A minimum bath per year is sufficient for its maintenance and to preserve its magnificent coat. The passage in the bathtub can be more periodic (every 3 months or more), but the Bernese Mountain Dog has the particularity of having a self-cleaning hair.

Brush Its teeth 2-3 times a week to prevent bad breath and tartar buildup, and trim Its nails once a month.

As often industrial brands can offer food adapted to the size, weight, and even the age of the Bernese Mountain Dog. The quality of the croquettes varies according to the brands and is distinguished in 3 categories: ” Discount “, ” Premium ” or ” Super Premium “. It is better to favor at least the so-called ” Premium “ brands of kibble and beyond.

In terms of quantities, it is generally recommended to offer a Bernese Mountain Dog 570 grams of kibble per day. This ratio must be divided into 2 daily meals. Of course, everything depends on the quality of the kibble. It is therefore important to follow the directions on the package, depending on your dog’s metabolism. 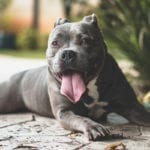