The Beauceron, or Berger de Beauce-Bas Rouge, is a French lowland sheepdog. Its impressive physique repels the most reckless. However, behind Its looks of a “deterrent” dog, It turns out to be a wonderful life companion.

Its main qualities are loyalty and responsibility. It’s loyal to Its master, whom It will protect against everything.

Distrustful of strangers, this is an adorable, affectionate, gentle, and docile dog with Its adoptive family. Watchdog par excellence, the Beauceron is a fabulous working dog.

The Beauceron began to be considered a breed from the end of the 19th century. We can date their first official appearance in 1896, during a dog show. It was at this time that this name, as well as those of Chien de Beauce and Bas-Rouges, began to be used.

They denoted French sheepdogs of the same type which presented a short face, a hard and short coat, and cropped ears.

It is the result of a selection made by the shepherds who fed only the dogs most suited to the work of driving and keeping herds, leaving the others to wither.

The Beauceron is a wise and bold dog. Its shepherd dog heritage has made him a tough, powerful, and work-loving animal. These qualities coupled with Its intelligence make It very versatile.

It can be used for guarding, defense, or utility tasks. It keeps the family home like no other. It’s also an excellent companion dog, with great loyalty to a master who has earned Its respect and trust.

It barks little or no bark, only when necessary. It’s dissuasive but shows great sensitivity with Its adoptive family. Bold and frank, It has a sense of responsibility.

The education of the Beauceron can be long and the master must know how to be firm. Indeed, it is extremely important to install a clear hierarchy.

The education given to Beauceron must be firm, strict,  but also gentle. From an early age, It must be socialized, in particular, to accept the presence of other animals in Its territory.

The Beauceron will not hesitate to refuse orders if the person giving them has not succeeded in gaining Its respect and trust.

This is why it will be necessary to educate this dog with great firmness, but without brutality.

As Beauceron needs a lot of space, city life will require long regular walks. The ideal for It is a house in the country, with a large garden where It can walk and exercise at leisure.

Finally, it is not adapted to the solitary life, an absence of contact with the man can lead it to become too dominant. With its size, the Beauceron does not adapt well to living in an apartment.

It can thus spend most of Its time outdoors, watching for the slightest intruder and protecting his territory.

The selection of the strongest animals by shepherds over the centuries has made today’s Beaucerons surprisingly vigorous dogs.

They do not decline and remain the same until the end of their days. However, it is necessary to watch out for dewclaws which can be easily injured during long country outings.

It’s not afraid of climatic differences. Its average life expectancy is 11 years.

However, It’s subject to a few illnesses related to Its size. So, It can develop hip dysplasia.

As such, it is not recommended to make It practice a sporting activity just after a meal.

The Beauceron being a rustic dog, it does not require any particular grooming. It experiences a moult in spring and as winter approaches.

A  weekly or bi-weekly brushing is sufficient for this dog who does not require very extensive maintenance.

It is advisable to brush your Beauceron twice a week or after a walk in the forest to detect any parasites.

Finally, one bath per year is more than sufficient except in the case of swimming in the sea or in a pond to ensure rinsing.

Its eyes and ears may be checked from time to time, but It does not develop any ENT pathology. 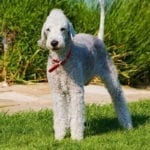 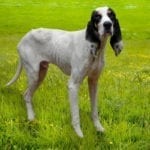