The Karst Shepherd is a breed belonging to the Molossoid group which has existed for several centuries. It probably followed the people of the Illyrians in their migration through Istria and the Dalmatian islands, before settling in the Slovenian region of the Karst Massif.

The Shepherd of the Karst massif corresponds to a very old breed since it was already mentioned in the 17th century by Baron Janez Vajkart Valvasor in his work entitled “The Glory of the Duchy of Carniola”, published in 1689. It seems that this dog was bred by the Illyrians, who took It during their migrations through Istria and Dalmatia, to settle permanently in the region of the Karst massif, in present-day Slovenia.

Initially, the breed was recognized by the Fédération Cynologique Internationale (FCI) on June 2, 1939 under the name of Berger d’Illyrie. 30 years later, the FCI recognized her definitively under the name Berger du Karst.

The Karst Massif Shepherd is a Molossoid dog with a powerful, robust, and harmonious build. Endowed with a developed musculature, a strong bone structure, and a long and abundant coat, it is perfectly cut for its 2 main functions: sheepdog and guard dog.

The Karst Massif Shepherd is a dog full of courage and valor, without biting. An excellent guardian, It’s naturally wary of strangers. In family, It’s extremely attached to Its master. It also retained much of Its skills and instincts as a sheepdog.

Its relatively obedient, the Shepherd of the Karst massif is also characterized by a fairly assertive personality. Its education must therefore be firm and precocious, just like its socialization. Intelligent and seeking to please its master, he can quickly learn the rules to follow.

education, It turns out to be very docile and very intelligent, even if It recognizes only one teacher.

The Shepherd of the Karst massif is a dog made for the great outdoors . It needs to stay active and to express his guardian instincts while moving in a large fenced garden. It knows how to demonstrate great autonomy.

The Shepherd of the Karst massif is a rustic, robust, and resistant dog. Thanks to its double coat, it tolerates the harshness of the climate quite well. The breed does not show a particular predisposition to disease.

The Shepherd of the Karst massif is easy to maintain, as long as it is done in a regular and neat manner.

The Karst Massif Shepherd needs a lot of exercise only a daily base. It takes long and frequent outings to satisfy its need for activity and space.

It is recommended to brush it at length once a week. This dog does not need to be groomed 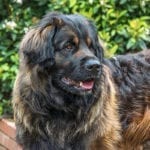 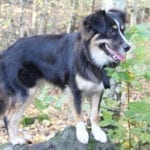