The Polish Tatra Sheepdog is a large dog, of robust construction, imposing and compact. Releasing a lot of power and mobility, it resembles the Pyrenean Mountain Dog.

The Polish Tatra Sheepdog was,  indicates, used for the protection of flocks of sheep in the Tatra Mountains, straddling the current Poland and Slovakia. The breed is of very ancient origin: its first representatives of the breed would, in fact, have emerged as early as the 14th century after various crosses between the Hungarian Shepherd Kuvasz and the Tibetan Shepherd, among others.

Valiant in the face of predators threatening the herds, It demonstrated Its courage and Its protective instinct with the shepherds, but also in the houses, where It gradually established Itself as an outstanding guardian and companion.

The Second World War almost got the better of the breed’s numbers, but passionate breeders managed to save it by ensuring quality litters. The Polish Shepherd of Podhale was definitively recognized by the Fédération Cynologique Internationale (FCI) on October 5, 1963

Calm, vigilance, and intelligence are the main character traits of the Polish Shepherd of Podhale. Qualities which make it both an excellent dog for herd and property guarding, but also a very pleasant companion.

You can’t afford to go too easy on the Polish Shepherd Podhale puppy. You risk finding yourself facing an adult who is particularly difficult to control. It is therefore recommended to educate It with a certain firmness, but without seeking the balance of power.

Intelligent and attached to Its master, It will always want to please Its master, which facilitates Its learning.

The Polish Tatra Sheepdog is made to live outdoors, in the countryside, or in a large fenced garden. It’s much less comfortable in an apartment unless you give It long walks every day. This dog is therefore intended for owners who are available and have good knowledge of dog training to know how to manage it early enough.

The Polish Shepherd Podhale is a robust and resistant dog, who fears practically nothing when it comes to health as long as it is taken care of properly. While there is no particular predisposition to any disease for this breed, the risk of hip dysplasia cannot be completely ruled out, as with any large dog. The risk of contracting an ear infection is also present, Its ears hanging down.

The life expectancy of a Polish Shepherd Podhale is, on average, between 10 years and 12 years.

The Polish Podhale Shepherd loses a lot of hair during its moult , which makes constant and frequent brushing necessary during this period. For the rest of the year, its maintenance remains fairly simple.

It is recommended to brush the dog once a week during usual times and every day during the moult. You can wash it once or twice a year to maintain the shine of its beautiful white dress, but no more than two times. 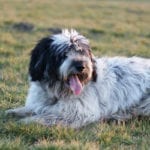 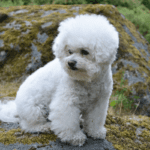