The Airedale Terrier is the king of the terriers – the largest of this group. Adult males are 22 to 24 inches at the withers and weigh around 39 to 52 pounds, females are 21 to 23  inches tall and 37 to 48 pounds, depending on their build.

Its muscular body is quite stocky and covered with a firm, wiry coat that is always black or grayish (on the saddle), and tan (on the body).

If you are thinking of adopting a dog of these characteristics, it is essential that you adequately inform yourself of its character and the care it requires as it is a very active dog with a special personality.

In this Shelterapet we will detail with you everything you need to know about the Airedale terrier and its behavior. Keep reading:

The Airedale terrier originated in England about 100 years ago. This breed first appeared in the Aire valley and was originally used for small game hunting (mainly to get rid of vermin).

The Airedale was originally called a waterside terrier, and given its great qualities as a hunting dog, a way was sought to improve the breed for this activity.

In this search, crosses were made between waterside terriers and otterhounds, to give the breed a greater ability to swim.

Over time, and when the name of the breed had already been established as Airedale Terrier, these dogs began to be used in different activities: small games, big games, guides for the blind, police dogs, search and rescue dogs, etc.

Today the Airedale Terrier fulfills few of those functions, but the vocation for work still persists in this noble, versatile and elegant breed.

he Airedale Terrier has a compact, muscular body that tends to be boxy, but can be slightly longer than tall. The chest is deep but not wide.

The head of this dog is elongated and has a flat cranial vault.  The jaws of the airedale terrier are powerful, strong, and muscular.

The teeth are strong and close in a powerful scissor bite. The neck is muscular, without dewlap and both its length and width are moderate.

The tail is strong and set high. During the action, the airedale must carry it raised, but never bent on its back.

The docked tail is still accepted, but this trend is rapidly losing followers because of the cruelty it represents.

In some countries tail docking for cosmetic reasons is illegal, so dogs must present their full tails.

The Airedale Terrier’s ears are small, but not disproportionate to the head. They are V-shaped and the section in which they bend is slightly above the vault of the skull.

This terrier has a double coat: a hard outer coat that forms the so-called “wire” coat, and a short, soft undercoat. The Airedale’s coat should be dense. Although the wire hair of this breed usually forms waves, it should never be curled.

The accepted color for this canine breed is black and tan (chestnut). The dorsal part of the dog, from neck to tail, should be black or dark gray.

The rest must be fire-colored, accepting different shades. Some white hairs on the chest are acceptable.

The average weight of the Airedale Terrier is between 39 and 52 pounds for males. For females, the weight is between 37 and 48 Pounds.

The Airedale Terrier is a cheerful, confident, courageous, and intelligent dog. He is usually friendly with people and also with other dogs, but it needs good socialization at a young age.

This dog is impulsive and tends to exhibit intense prey behaviors.

Therefore, it is necessary to train it since puppyhood, although training without abuse or attempts at domination will always be preferable.

Given its mental acuity and physical strength, the Airedale Terrier is an excellent candidate for dog sports. It can perform very well in any dog ​​sport, including Schutzhund, Mondio-Ring, Agility, Canine Freestyle, and more.

Its character also makes this dog a great collaborator in hunting, since it is not afraid of prey and has even been used for hunting larger game (although obviously there are more suitable breeds for this task).

The Airedale Terrier’s courage makes this dog an excellent guardian and protector.

Although this breed is very versatile, it needs a lot of physical and mental exercise. Therefore, an airedale can be somewhat rough when playing with young children and with dogs that are not used to rough play.

The airedale requires a lot of exercises, so it is not recommended for living in a small apartment. It is necessary that it has at least a medium garden or patio to be able to play.

In addition, long daily walks are necessary for proper socialization and to help you burn energy. Play as a means of training is often very useful.

Even despite having a garden, daily walks, and a daily play schedule, the Airedale may need more exercise, especially during its first three years of life.

Therefore, it is worth taking it to the field or practicing a dynamic dog sport such as Agility.

The coat is a subject of conflict for those who have an airedale but do not have enough time to care for it. The Airedale Terrier’s hair requires frequent brushing, but it also needs specialized grooming on a regular basis.

It is best to take the dog to the canine salon about twice a year and brush it regularly. It is important to clean its beard frequently to avoid any food residues. If you have an airedale for show, hair care should be done by an expert and more often.

As we have mentioned, the education of the Airedale terrier should begin early, when it is still a puppy, to initiate correct socialization of the dog that allows it to relate well with people, pets, and the environment in which it is going to live.

Well educated and socialized, the Airedale Terrier becomes a pleasant companion, both on the hunt and at home.

Obedience can be tricky but with consistency and the use of positive reinforcement, our Airedale Terrier will learn the basic obedience commands and the education to maintain at home.

Previously we mentioned Agility as a sport that also stimulates their intelligence, recommended in this breed.

This breed is usually very hardy and has few health problems. However, attention should be paid to eye diseases, skin infections, and hip dysplasia. The ideal is to prevent these problems before they begin to develop, for this we recommend the following indications:

Finally, it will be enough to go to the vet about twice a year, who will help us quickly detect any disease and provide the airedale with the appropriate vaccines. 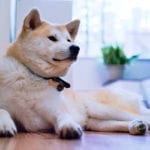