The Wirehaired Pointing Griffon or Czech Bearded is a noble, medium-sized, wire-haired dog, whose general appearance denotes endurance and strength.

Having hereditary qualities for working in fields, water, and woods, It’s a hound and versatile utility.

Despite Its innate bite towards pests, It’s easy to drive and is very attached to Its master.

Originally from ancient Czechoslovakia, the Wirehaired Pointing Griffon was commonly encountered there until the outbreak of the First World War.

The breed was even known since the Middle Ages. It was on the verge of extinction as a result of the War of 14-18, but a handful of passionate breeders have managed to keep enough dogs to preserve It and contribute to Its rebirth.

The club of “wire-haired pointers” was founded in 1924, then the first official breed standard was published in 1931, but in an unofficial capacity.

Its first official standard will be established well after World War II, in 1958. Today, the Czech Bearded is one of the most widely used hunting dogs in the Czech Republic and Slovakia.

The Fédération Cynologique Internationale recognized the breed definitively on May 21, 1963 and published its official standard in force the same year.

The Czech Bearded is a dog naturally gifted at hunting various types of game and on different kinds of terrain, in addition to possessing a fairly pronounced bite towards pests.

Extremely attached to Its master, affectionate, and relatively docile for a hunting dog, It gets along perfectly with children,Its also sociable.

Despite Its strong temperament, the Wirehaired Pointing Griffon is a fairly easy dog ​​to train.

It’s rather obedient and loves to please Its master. Firmness, play and attention make it an excellent hunting and companion dog.

The Czech Bearded is clearly not cut out for living in an apartment. Its great need for activity and Its well-defined temperament predestined It towards a lifestyle offering It more space and freedom of movement. A house with a large fenced garden will suit It.

The Czech Bearded is a generally robust and resistant dog. Its coat with a dense undercoat allows it to withstand cold and humidity.

It should be noted, however, that the Wirehaired Pointing Griffon is susceptible to ear infections.

Its ears must therefore be inspected and cleaned in a meticulous and regular manner.

The life expectancy of a Wirehaired Pointing Griffon is, on average, between 11 years and 13 years.

In summer, the Bearded Czech sees a large part of his undercoat disappear, which causes significant hair loss. For the rest, maintenance remains simple and basic, but it should not be neglected for all that.

It is recommended to brush the dog at least weekly to maintain the cleanliness and appearance of Its coat. It also helps keep the skin healthy.

The regular cleaning of the ears is also necessary in order to prevent future ear infections. 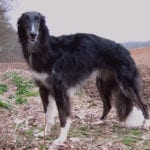