So, are you looking for a cute puppy like a Golden Retriever, but you want It to be more lively and plays the role of a class clown? Well, look no further! The golden retriever and the Siberian Husky are two beautiful dogs. These two species have some similar features and some differences. Therefore, cross them together and you will get even cuter cubs, these cubs have fluffy fur and a cheeky wild side!

Due to its sweet character and eye-catching appearance, the Golden Retriever Husky mix has become very popular. This beautiful dog is called a Goberian.

In the past decade, the prevalence of precious dogs has greatly increased worldwide. The word “design Dog” Although it sounds very fancy, it’s just mating two purebred dogs to create a unique canine. In this case, the Golden Retriever and the Siberian Husky are purebred parents, while the Goberian is the designer puppies.

Although some purebred enthusiasts dismiss this practice, it does have its benefits. By following the right procedures, your puppy will not only be a healthier hybrid (which requires another discussion entirely!), But the result will be two varieties mixed together in a ball of fluff.

In order to fully understand the Goberian puppy, it is important to know more about Its parents and their personality traits.

The Golden Retriever was developed in the 19th century in Scotland. The Scottish nobles transformed It by breeding several other dog breeds, and the Golden Retriever was born decades later. Because of Its existence, It was not only immediately welcomed by hunters all over the world, It became one of the cutest family dogs in the world.

The Retriever become particularly popular in the United States, President Gerald Ford, and his Golden Retriever “freedom”, often appeared on television, and proved to be The perfect family pet!

The Golden Retriever is a sweet soul. It loves walking with Its owner, but It also likes to go back to the sofa at home and lay in front of the TV. It is very gentle for young children and the elderly, they are often used as therapy dogs because of Its calm demeanor It’s also very smart, eager to please Its master. It’s an excellent dog all-rounder, very suitable for most family homes.

In 2019 became the American Kennel Club (AKC) listed It as the 3rd  America’s favorite dog.

The Siberian Husky is an ancient dog breed that developed into a primitive racing tool in Siberia. To haul light cargo rapid progress in the vast icy terrain. Its energy, speed, and endurance were outstanding but It was not widely known until 1925.

The Siberian Husky dog Balto led a group of dogs across 658 miles of ice-cold land delivering a life-saving antidote and saved hundreds of lives from a deadly diphtheria outbreak. It’s one of the most famous dogs of all time and there are many documentaries about It.

Not only has It been regarded as a working dog, but It has also been loved for Its company and ability to become a human being. A Beloved family pet. A husky is an energetic dog and must be raised with a vibrant family, otherwise, It will become very destructive and unhappy. However, if It feels happy, then It’s a silly puppy who likes to be the center of attention. It will provide everyone with hours of endless joy and laughter. It’s never boring when a Husky is around!

A  Goberian will inherit the traits of both parents and Its parents are very different in appearance and temperament. What they have in common is that they are both very kind and caring to their families and strangers, so there is no indifference here! The Goberian is one of the most friendly and affectionate dogs around, and the Gober is the epitome of the phrase “a man’s best friend”.

Although this article will combine all the current information available and relevant information about each of Its parents, remember that it has not yet become a breed standard. Although the genetic lottery is still very uncertain, let’s take a closer look at Goberian’s general expectations.

A Golden Retriever Siberian Husky mix will litter 4 to 6 puppies. Each puppy will be different and have a wide range of personality traits and appearances inherited from both parents. Even in the same litter, the traits will vary greatly. Therefore, it is important to see the puppy before you take it home to make sure that the puppy is indeed suitable for you and your life. Usually, each puppy looks like a parent rather than a 50/50 hybrid.

The cost of a puppy is between $500 and $1,500. There are some factors that affect the price, such as the location and demand of breeders (Goberians are very popular), but the main factor is in their appearance. For example, if the puppy has two eyes of different colors, they are more likely to be on the expensive end of the scale.

The Retriever Husky is a super-intelligent dog. The Golden retriever likes to please Its owner, which is why It enjoys training. On the other hand, the Siberian Husky is very independent and is not suitable for novices. For this reason, Goberian’s training ability depends entirely on the traits It inherited.

Either way, the best way to deal with Its potential stubbornness is to start direct training. First, early socialization is the key to the Goberian, It should get in contact with other dogs, regardless of size, try to make each meeting as pleasant as possible. If you plan to crate train It, make sure to get a crate that fits your puppy’s size.

AGoberian will respond well to positive reinforcement training. It’s likely to be independent in nature, you should teach it to obey training, establish basic rules, and show It who is the boss. In addition, keep the training interesting and brief to prevent It from getting bored.

The Golden Retriever is considered a medium to high energy dog, and the Husky is a high-energy dog.! Therefore, you can be sure that a Goberian will be a high-energy dog who needs vigorous exercise at least 60 minutes every day.

If Goberian inherited Its parent’s energy, if It does not get enough exercise, then It will destroy your home or escape it, or even both. Therefore, for everyone involved, please make sure to commit to the recommended exercise method before inviting It into your home. They are known for digging holes and jumping easily over 6-foot high fences, so you must be prepared for this!

The best way to exercise is to combine the Golden Retriever’s affinity for objects in the water with Husky’s love of running. If you have a local lake or even a swimming pool, water fetching will undoubtedly be Its favorite form of exercise.

Due to their energy levels, they are best suited for houses with yards rather than apartments. That being said, they can all adapt to their living conditions, so as long as you exercise them adequately, this may not be a problem.

Male and female Goberian are 22 to 24 inches from paw to shoulder, and they will weigh between 35 and 80 pounds, so they are considered medium to large dogs. Like most dogs, females are on the smaller side of the spectrum, while males are on the higher end.

Although their heights are not very different, their weights are quite different, so this will affect other factors such as the price of the cage and food, whether It is suitable for a young family, or whether you have the ability to carry a 35-pound puppy on your bike. As with any designer puppy, you should determine your expectations or limits and then plan accordingly for all possible situations.

Under normal circumstances, Gao Bo puppy will live for 10 to 15 years, and It’s generally a healthy puppy. Scientifically speaking, when it comes to health issues, mixed breed puppies will be healthier and harder, which is good news for the Goberian.

Overall, both parents share hip dysplasia and ophthalmologist assessment, so these are definitely two areas that need attention.

Any well-known breeder will give you Its parents’ health certificate to prove that they have taken seriously the health of puppies,  do not be afraid to ask questions about its parents. As with most things in life, knowledge is power, so be sure to conduct thorough research on potential breeders to ensure they are reputable and ethical.

A Goberian will consume 2-3 cups of food a day split into two different rations.

It is a good idea to follow the instructions on the product packaging, but It’s best to get advice from your veterinarian regarding your puppies’ specific nutritional needs to make sure they get the right nutrition they need.

While most dogs have their parents a variety of colors, but usually Goberian tends to be light gold, similar to the Siberian Husky’s light or dark marking, and they generally have a husky’s mask. This may depend on the color of the parents. Goberian’s have a long coat to protect them from the cold weather.

The Gober is usually not as burdensome as Its Siberian Husky parent, so Its grooming requirements are the same as ordinary dogs. Weekly brushing needs to be done outside the moulting season. During moulting season, you will need to brush It every day. A bath every 6 weeks is perfect for this canine, and you should brush Its teeth once a week.

Is a Goberian The Right Dog for Me and My Family?

Hopefully, by now, you have known the expectations of Goberian puppies, so let us summarize this information to determine if Goberian puppies are suitable for you, your family, and your lifestyle.

If you think Goberian sounds like a good fit for you and your family, then you should start your search by looking for famous breeders.

Overall, the Goberian is a very cute dog, and there are good reasons for its popularity around the world. It’s has a lot of affection and love for Its family. It will adore you and give you many wet kisses. It can remain calm, but It can also become interesting and energetic. Goberian is indeed the best of both worlds! 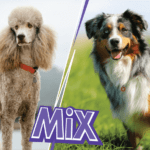 Back to Top
Close
<div