How do you make sure that the dog you already have at home and the one you are about to welcome manage to get along and like each other? In general, if the first moments of their meeting are well prepared, the cohabitation should go very well thereafter. If this is not the case at first, know that with time, patience, and canine psychology, you will be able to bring them together.

After a first successful experience with a first dog, you tell yourself that adopting a second would be a good thing, both for you and for the dog. It’s true that having a fellow-creature at Its side has many advantages, especially in terms of psychological and social balance.

It’s simply necessary to ensure that the presentations and the cohabitation take place in good condition. For this to be the case, the arrival of the new dog must be properly prepared, regardless of the age of the two future 4-legged friends. Here are some tips to make sure.

Each dog reacts in its own way

There is no set rule that can determine a dog’s behavior and reactions when introduced to a new companion. Even if the breed, education, and socialization of the animal condition them, they are difficult to predict. Each dog has a unique personality and character. When some are very enthusiastic about the newcomer from the start, others may show suspicion, or even aggression, at the time of the first meeting.

A first tip: preferably organize presentations on neutral ground, where your first dog will be less likely to let Its sense of territory express Itself.

You can also plug in an essential aromatherapy diffuser which will help your dogs overcome their stress and adapt to a new environment.

A priori, adopting a puppy when you already have a young dog is the least complicated of the following situations. The aggressiveness factor is almost absent. In any case, It’s “innocent” and of little consequence. The two puppies should quickly become attached to each other, with a hierarchy that will naturally develop. It’s also not a given that your first puppy is the one to gain the upper hand.

If you find that they are bickering a bit too much, you can pull them apart, distract them with a game, and then bring them together again.
Don’t “cheat” with either one. Try to devote as much time and attention to each of the puppies. Make your 3-party moments calm, cheerful, and playful.

Introducing a new puppy to an older dog

Here, presentation on neutral ground is important. Your ex-dog may want to assert Its hold over what It considers the territory It must defend: your home. If possible, have them meet in a park (at a low traffic hour), for example. You can then bring them home, but while remaining vigilant.

Before that, giving your dog an object or cloth that smells of the new one to sniff out might not be a bad idea. Thus, your doggie will be able to get used to this olfactory signature, which It will accept more easily when Its future friend arrives.

At home, you can, for example, wait until the puppy falls asleep to introduce It to your dog. Keep the old dog on a leash and give It time to sniff the new youngster. The main thing is not to rush things, especially if your dog is very old. It may be disturbed by the strong activity and excitement of the puppy.

Also, remember to respect the hierarchy: let the old start Its meal before the new, but prevent It from drawing in Is bowl. Ditto for walks: put the leash on the older one first, before doing the same with the younger one.

This is, in theory, the most difficult configuration to manage. Two animals with already well-established character and habits who are getting to know each other and who are destined to cohabit, it can spark.

Here again, it is advisable to present them to each other on neutral ground and keeping them on a leash in order to attenuate territorial behavior. Give them time to discover each other and watch for the slightest sign of animosity to be able to separate them in time.

Wait for them to calm down, then try again. If at home they keep fighting, your best bet would be to seek the services of a behaviorist. 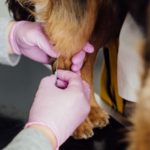 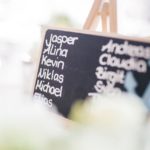