Can turtles hear? Sure they can! Turtles don’t have regular ears like other animals, so we don’t see them. However, they have the same auditory mechanism within them, the auditory nerves, and the brain center, which are the essential components of hearing.

Turtles cannot hear sounds as they travel through the current as people do because their outer ear picks up sound vibrations and makes them louder. However, turtles have keen senses that help them interpret the vibrations that occur in their environment. Plus, thanks to their excellent senses of smell and sight, hearing isn’t too important to turtles. Their lack of strength in one ability that’s compensated for with extra stamina!

This is probably due to their evolution as aquatic creatures. Desert turtles also have better hearing underwater, although they may not come across large amounts of water throughout their life.

The fact that all turtles have better hearing abilities underwater has been proven through scientific research. The researchers conducting this study collected CT and MRI data of the inner ears of various turtle species. A detailed analysis revealed that all of these vibrated or resonated with greater force under the water.

Measurements of the internal ears of the various turtle species revealed that they were all very similar to the ears of aquatic turtles. Among the larger sized turtles, the ratio of inner ear size to skull size remains almost the same.

Research has suggested that all turtle species are very likely to have evolved from a common aquatic ancestor.

Despite the fact that these reptiles live on land, evolution has not worked to create an internal cavity in their ear while there have been changes regarding their feet.

Although their mating takes place in water, female sea turtles must come to land to lay their eggs. Interestingly, females often return to the same beach each year for this purpose, often selecting the beaches on which they have hatched themselves.

Turtles are considered to be among the least vocal reptiles, but their nesting period is sufficiently documented and their vocalization is strongly established during their nesting period. Because the egg-laying process is very physically strenuous, the sounds they generate are due to wheezing and grunting, and other sounds coming from their throats.

After an incubation period of about two months in the sand nests, the eggs hatch at the same time, most often at night. The turtles must therefore find their way into the ocean waters. We know for sure that the ability to see light plays a fundamental role in the ability of newly born turtles to find the sea; there is a possibility that the ability to hear also plays an important role.

The sea turtle’s ear has an opening that is covered with a thick layer of skin, called a skin plate. It’s formed by a ring of steps very similar to those on the rest of the head, but a little smaller. Under this skin is contained a layer of fat called the subcutaneous layer. Both of these layers together affect the turtles’ ability to hear clearly in the air. However, the same thing is offered by the conduction of the tissue into the water.

Sea turtles live in all oceans, excluding the polar regions where the water is too cold. There is no data available on the actual recording of sounds made by turtles underwater or on land. We know for sure they can hear, but we don’t know how well.

I believe my land turtle is quite adept at identifying vibrations, which obviously isn’t the same skill as listening. I think my turtle recognizes me from my steps on the ground. It can distinguish people, it walks towards me and stops in front of me, even if there is someone else around.

Some say their turtles respond to their names, but I can’t say mine does. But It does know if someone enters a room, even when It can’t see the door and there is no sound. It immediately knows where the food is even if It cannot see it, probably due to Its strong sense of smell.

Your pet turtle is not the right pet to respond to your affection or care in the enthusiastic way a dog or cat does, but it certainly has the ability to listen and respond in its own way. Its acute senses of smell and sight will allow It to see and recognize, perhaps your personal sight and smell. It’s, therefore, possible to conclude by saying that the answer to the question, can turtles hear, is definitely a yes! 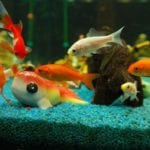 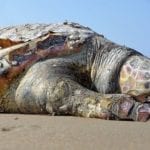