The Jack Russell Terrier is a robust, very active dog with a strong personality. It has an elastic body, of medium height.  This energetic hound dog breed needs to be exercised well enough to thrive.

The Parson Russel Terrier was created by Pastor John Jack Russel in the 19th century, to whom we also owe the Jack Russel. An English pastor who was passionate about hunting and known as a breeder of Fox Terriers.

His goal was to find a dog capable of running fast, but also to go underground to dislodge foxes and prey in burrows Since the second world war. The Parson Russel Terrier has knows a growing success since then. The breed was provisionally recognized by the FCI in 1990.

Unlike the Jack Russel which is popular as a companion dog, the Parson Russel Terrier is mainly used as a hunting dog.

Cohabitation with other dogs can be problematic. When hunting, it’s appreciated for its vigor, its capacity for work, and its tenacity. It’s very intelligent, this dog will be educated without any particular difficulty. A minimum of firmness will however be necessary. Despite a hunting instinct, It loves family life. It’s also a good playmate for children.

With the Jack Russell Terrier, priority should be given to education. Its activity often makes It not very attentive in the long term. It’s therefore advisable to stimulate Its attention by games or short orders but each time synonymous with reward.

Thus, It will learn easily. Care must be taken to be firm without neglecting the gentleness that will appeal to this dog.

The Jack Russell Terrier is not really made to live in the city although they adapt easily to it. However, Its character is not compatible with life as a solitary cloistered in an apartment.

Its ideal place to live remains a house in the countryside with a garden so that It can walk around and exercise.

This robust dog, unfortunately, suffers from some hereditary diseases sometimes due to inbreeding. It’s important to choose it well, as some specimens remain subject to hyperactivity with behavior that is difficult to control.

Like all small breed dogs, care should be taken to control their teeth, which are often too large for their small jaw. It remains sensitive to the formation of tartar in particular.

This breed is susceptible to:

The life expectancy of a Jack Russell Terrier is, on average, between 13 years and 16 years.

The Jack Russell Terrier remains subject to permanent molting with stronger periods in the fall and spring. This is explained by the absence of an undercoat and that is why this dog is losing Its hair abundantly.

It’s recommended to brush the dog with a brush or a rubber glove. Do not wash the dog too often, approximately every 4 months for those living in the city and when it gets really dirty in the countryside.

The diet of the Jack Russell Terrier should be adapted to Its lifestyle. This canine is easily satisfied with an industrial diet based on high-quality pates or croquettes 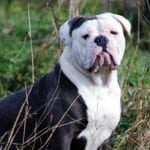