The Shiba Inu is a dog native to Asia and like many primitive dog breeds, they are elegant, independent, and energetic dogs. The Shiba Inu must be educated quickly in order to limit Its hunting instinct and avoid recall problems in particular.

Small, but well proportioned, It has a strong personality. Despite its independent character, It’s very loyal and protective. It’s not the most cuddly of dogs but has many qualities that will delight young and old.

The Shiba Inu is a Japanese breed that has been established for thousands of years. In the years 1898-1912, breeds such as English Pointers and Setters were brought to Japan for hunting. Its name “Shiba” means something small, like a small dog. It once lived in the Japanese mountains facing the sea and was used by humans in hunting games.

As a result of crossbreeding, the pure breed of Shiba Inu began to disappear. Thanks to enthusiasts, worried about this extinction, a breed standard was established in 1934. For this, they looked for dogs not affected by crossbreeding in the remote mountainous regions of Japan.

In December 1936, the Japanese government declared the Shiba Inu “ natural monument ” and “ native animal of Japan ”. Originally a small game and bird hunting dog, it is now more of a companion dog.

The Shiba Inu is a fearful dog, but very protective. It has a reputation for not being very affectionate, but it really depends on how It’s been raised. On the other hand, It’s always very faithful.

It’s a very alert and attentive animal. Quite domineering, It does not always get along with other males. Nevertheless, It greatly appreciates the presence of Its master, even if It also likes Its independence and some moment of solitude. It’s very playful, especially with children.

The education of the Shiba Inu, although it can begin at any age, should start young. The predatory instinct should be limited and the recall should be an exercise to be implemented soon after adoption. Meetings with other dogs are also very important in order to allow him to exercise and so that he maintains his sociability with his congeners.

The Shiba Inu is a dog that can have an assertive temperament, Its education must therefore be gentle but consistent and a certain firmness (not to be confused with brutality) may be necessary for Its balance.

If you adopt a Shiba Inu as your first dog, the help and advice of a professional dog trainer can be a real asset to get you off to a good start.

Education must remain positive to build dog confidence. Learning to recall follows the same rules of positive rewards. It will also be necessary, very young, to socialize it with children, babies, and other animals.

This dog can live in an apartment as long as it is taken out very often. Several walks per day are necessary. A house with a garden will suit It perfectly, but it should not be exempt from a few outings.

It is a dog ideally made for life in the country or in a house with a garden, in which it can stroll, run and flourish.

Be careful, this breed of dog can have a fairly developed hunting instinct, so it will not be possible to detach it everywhere.

The Shiba Inu does not pose any particular health problems. It’s a hardy breed that rarely gets sick and is not affected by serious genetic diseases. It’s even a dog that ages well. If properly monitored by the veterinarian for vaccines, dewormers, and usual care, the Shiba Inu will live quite old.

The male Shiba, however, has more worries than the female since Its mouth area can be infected. Some digestive concerns should be noted as well as minor allergies.

The life expectancy of a Shiba-Inu is, on average, between 12 years and 15 years.

The Shiba Inu sheds its covering hairs a little all year round. However, it is subject to 2 main moulting periods: in spring and in autumn. During this period, the undercoat falls in bundles

On the other hand, its hair is self-cleaning. If it gets dirty, just let it dry in the shelter and the dust will fall to the ground by itself. Its dress, however, requires regular brushing to allow it to keep its shine and beauty.

The Shiba Inu does not need frequent baths. One or two a year is enough because it’s clean and its coat is not smelly. It must be brushed with a card daily during the moulting period.

You can brush it against the grain to give its fur more volume. It will be necessary to check the state of Its teeth, Its mouth in order to avoid any development of infections to which Its subject.

The diet of the Shiba must be based on so-called traditional food, that is to say, based on high-end kibble. These can only be found in pet stores or specialized stores. It is important to check that the daily ratio is in line with the energy expenditure of this dog who could become overweight if it were overfed. 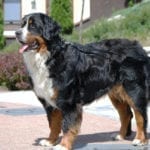