The Shih Tzu is a small companion dog native to Asia that is characterized by its long hair falling in front of the eyes. Capable of great affection towards Its owners, the Shih Tzu is a sociable and very pleasant dog breed.

However, be careful to successfully educate your Shih Tzu, you must, first of all, educate it accordingly, take it out sufficiently and socialize it as much as possible.

The Shih Tzu breed originates from Tibet. In Tibetan, its name means “lion dog” and in Tibetan culture, it’s related to the Tibetan Mastiff, otherwise known as “snow lion”. The breed is sometimes confused with the Lhasa Apso, although many differences exist.

Historically, it’s the product of a cross between a Lhasa-Apso and a Pekingese. Its popularity originated in the Forbidden City in Beijing in the 19th century, when the Empress made it her pet. The Shih Tzu will then be nicknamed “the pearl of the empress”.

And it was after 1912 and the transformation of the country into a Republic that this breed gradually migrated to the West and Europe. However, it was not until 1931 that the breed arrived in Britain. It was not allowed to compete in exhibitions until after World War II. The breed was subsequently introduced in 1930 in England and then in 1953 in France.

The Shih Tzu is a small dog and like many small dog dogs, Its temper can be difficult at times. In connection with education, or rather a lack of education on the part of Its masters, the Shih Tzu can therefore be little obedient and rather independent.

However, if you make the effort to consider your Shih Tzu as a full-fledged dog and train It accordingly, you will succeed in establishing a beautiful relationship, and living with your Shih Tzu will be most harmonious.

The Shih Tzu has a reputation for expressing Its emotions a lot with small, high barks.

A requirement to establish certain rules of prevention. Watch out for children who carry their dog, stroke them while they sleep, etc. This small dog can easily feel in danger and will therefore be potentially aggressive if not respected.

The Shih Tzu can live with other species if It has learned to interact with them positively from Its adoption at 8 weeks. Beware of its small size which can make living with large animals difficult (example: horses.)

It’s quite possible to make your Shih Tzu a perfectly trained dog. For this, you will first have to adapt to your dog, Its temperament, and Its sensitivity. In addition, walking it every day, socializing it with other dogs regularly, and devoting time to its educational learning every day are the keys to a successful education.

The Shih Tzu appreciates any type of dwelling place as long as Its personal comfort is assured. It’s above all an indoor dog. Thus, whether it’s the apartment in the city or a house in the country, it should be guaranteed a place of tranquility while providing a place capable of allowing It to exercise.

Sociable by nature, solitude does not suit It and the presence of Its masters will make it feel safe and happy.

The Shih Tzu is a companion dog, but like all dogs, it will need at least a 30-minute daily walk, even if you have a garden.It can live in an apartment without difficulty.

Many Shih Tzus prefer to stay warm and dry in bad weather because they don’t like wet or cold weather very much. Plus, their coat, especially when it’s long, can pick up a lot of snow. So be sure to equip them with a coat when winter is in full swing.

During summer, beware of heatstroke, to which the Shih Tzu’s short, flattened muzzle predisposes them.

The most common illnesses in this dog are urinary tract infections, ear infections, and illnesses caused by fragile eyeballs. Its long hairs are the cause of these types of infections and it’s strongly recommended that you maintain Its coat as regularly and frequently as possible.

In addition, the female may experience difficulties when giving birth.

A-List of several genetic diseases that can affect the Shih Tzu :

The life expectancy of a Shih Tzu is, on average, between 11 years and 14 years.

The Shih Tzu does not experience any hair loss in the fall or spring. The company of this dog is therefore recommended for people allergic to canine hair. Given its long hairs and the risk of disease that they can cause, special care given to grooming will be necessary.

It’s recommended, at least once a week, or even daily, to brush the dog in order to remove any knots that may have formed. In order to lighten the care, it’s possible to shorten the length of the hair without compromising the overall aesthetic of the Shih Tzu. In addition, you should clean Its eyes as well as Its ear canals.

The Shih Tzu must have a diet adapted to Its needs and Its daily activity. It’s not a great athlete but It can nevertheless exercise Itself during playful games. Thus, Its diet must be based on high-quality kibble. Regarding the ratio, it’s advisable to contact a veterinarian. 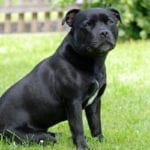